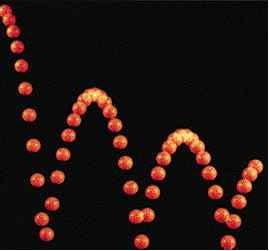 Sunday morning was a sweet surprise for all of us attending
the SHG, at least to me it was, as I had no idea JP was visiting us for a
special session. JP had come to Bangalore to promote the disability meet being
held in white field, the agenda of meet was to make employers and general
public aware of the various disabilities and also to make them more sensitive
to people with disabilities.
The sessions began with light conversation as to how SHG is
helping each and every one cope with their stuttering in real world. JP took
lot of questions from SHG members about various issues involving stuttering
techniques and work ways of TISA, JP being himself answered them calmly and at
ease.
JP demonstrated his way of handling stuttering techniques,
the techniques in contention was bouncing , JP demonstrated on how to use this
technique effectively and also provided us with various exercises to gauge our
stuttering and also to implement the techniques in very efficient way and so it
began
We were asked to stand in a circular manner and introduce
ourselves, just by our name and after the first round we were asked how many
remember all the names just said, this was done just to familiarize ourselves
with each other, so second round began but now everyone were more attentive. JP
then asked us to introduce ourselves in bouncing technique…. So instead of
Pavan we were to say pa…pa… pa Pavan. Everyone said it as they were asked to
say it, soon the circular pattern in which we were standing were divided into
two groups again in the circular manner and we were asked to say a single word
with same bouncing technique but it was mandatory to bounce it 5 times before
we say the actual word this continued for 2 to 3 rounds with various words and
various extension limit as to 10 time bounce before the actual word is uttered,
this again I think was a gauging tool to access our stammering pattern and also
to control the urge to utter the word and get over with it. Finishing this
round we were given time to portray our feelings and thoughts about this entire
exercise there were pro’s and con’s to this set of practice which was soon
followed by 2 minute break. The final session of the day was most interesting
as we gain stood in a big single filed circle and we were asked to question our
fellow mates a single question, the person answering this must eat a wafer chip
swallow it and then answer the question, this was particularly difficult for me
as I tend to answer quickly after a question, but I bet everyone found this
challenging in their own way, so again the big circle was divided into 2
smaller circles and same exercise continued until we finished the wafers and/or
until we finished with our set of questions and answers but due to the time
constraint the final 20 minutes promised for another activity by JP was called
off and JP promised us to show the bouncing technique in use with general
public, he asked a guy sitting outside our building to photograph us and he did
that with bouncing style. We dispersed to our respective destination to meet
again next Sunday and continue our fight with a stubborn enemy.
Attendees: Karthik, Anand, Abhinav, Jeetu, Praveen, Dinesh,
Vivek, Sairam, Rohit, Kiran, Jai Prakash sunda a.k.a JP, our coordinator Dinesh
Singh and your narrator Pavan
Share this
0 likes
Related Articles
3 Comments