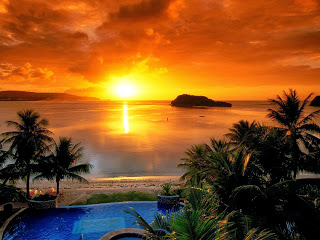 I
have attended the SHG meeting on Sunday the 20th Oct 2013 at Central
Park, Connaught Place.   This was my first ever meeting ever since I first came to
know about it in National Conference at Indian Social Institute in Delhi.
Today a total of nine PWS attended the meeting.  The meeting started with a
silence for two minutes.  Then a formal introduction was given about every PWS
stating his name,occupation and address.

Then Mr Vishal
suggested that a 30 second session should be started in which every body will
speak something in 30 seconds and then the next PWS will start from the last
word spoken by the previous PWS  (Round Robin
Game).

Next another session was initiated in which every body asked a question from
one PWS and then he replied to their questions.  Then like this every body did
the same .
Then Mr Sikander shared his experience about  Brahmakumari’s.   He gave very useful
suggestions like control of breath,abdominal,tongue and jaws.The relation
between brain and thought process,and how the final product speech is generated
by the combination of all these organs.I think this was very useful information
for all of us.

Then Mr Jitender asked every body’s suggestions so that the SHG can be
improved.  Various suggestions were given which are as here under:

1) A time keeper should be there in every meeting so that every body should get
equal time to speak (Time keeper).
2) One person should monitor the entire meeting and tell the particular person
about his mistakes after he has finished his speech  (Evaluator).
3) Some topics will be given in advance so that every body can prepare and
should speak on sunday (Prepared Speech).
4) Nobody will interrupt a person while he is speaking.
5) One sunday the SHG meeting will be conducted in a hall with amplifier
facility so that every body will get a chance to deliver his/her speech,this
will eliminate the fear of speaking on stage.
6) A nominal monthly subscription will be charged from every body to cater the
expenses in organizing various tasks.A monthly subscription of Rs 200/ was
decided (As contribution for expenses).
7) A story telling session of maximum 5 minutes time in which one can narrate
any story.

I really enjoyed the sunday and hope that every body must have enjoyed
as well.