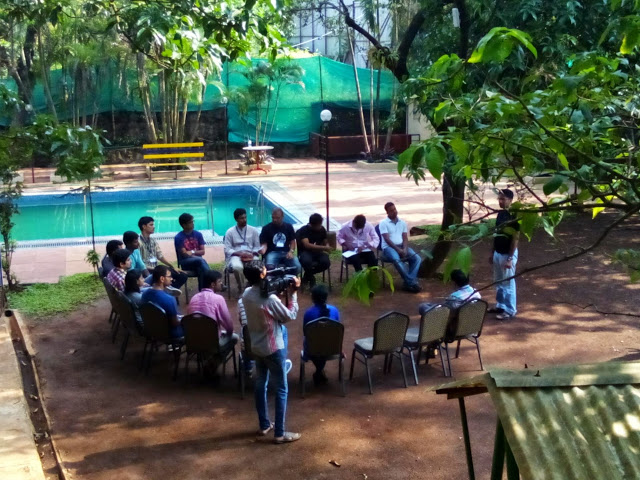 The day began with a juggler’s show by Ruben which increasingly began complex and dangerous; fortunately he stopped with long sharp knives..!! Message was clear →every skill is  mastered through practice and stepping up the challenge constantly. Inauguration was done by Mrs Panchal, Jacquelin and Vipula. Then, intro in the large group of hundred or so participants and a video camera zooming at you!
Thereafter we divided in to five subgroups （after some high level deliberations!）and dispersed to five seperate locations. These groups were facilitated by Vishal, Tarak, Dhruv, Mitul and Harish. The whole idea was to give participants more time and opportunity to practice in smaller groups, get familiar, learn from each other and generally have fun.
Later in the evening, Ruben and Jacquelin shared their journeys so far and what they had learned from their stuttering. Open mike session at the end. Then we dispersed. There were showers while we were indoors. There was a little humidity but on the whole a fine weather – for talking non-stop, meeting “imperfect” strangers and comparing notes…and yes, for discovering that our uniqueness was not about our stammering, but something else, deeper and elusive. 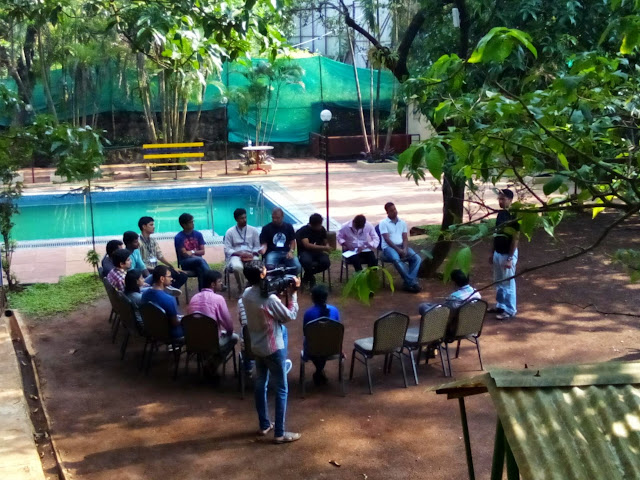 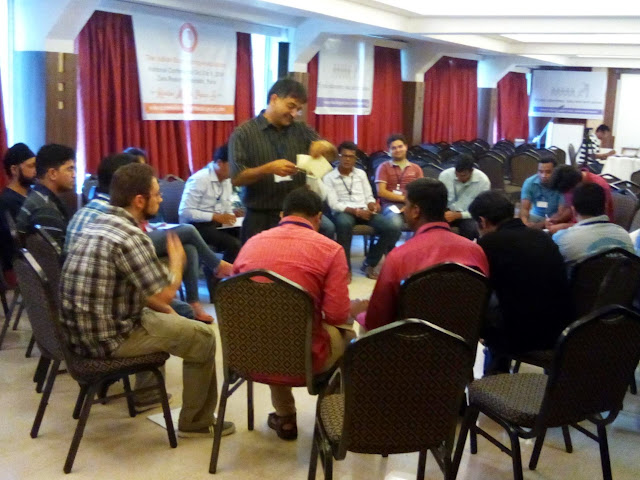 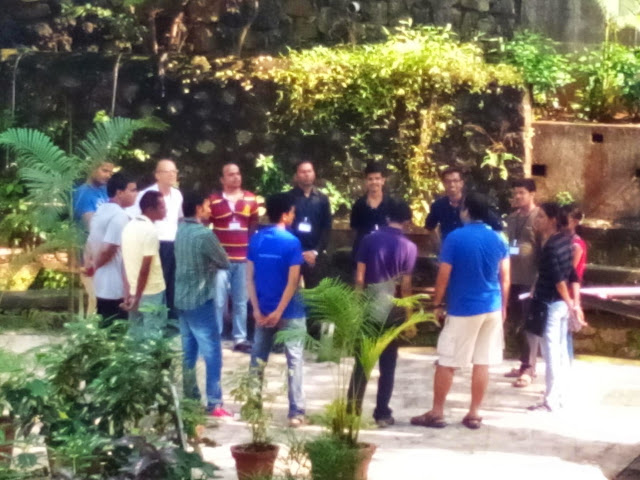 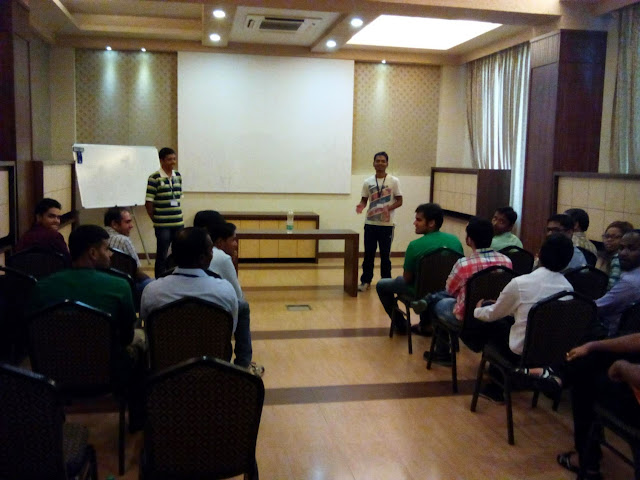