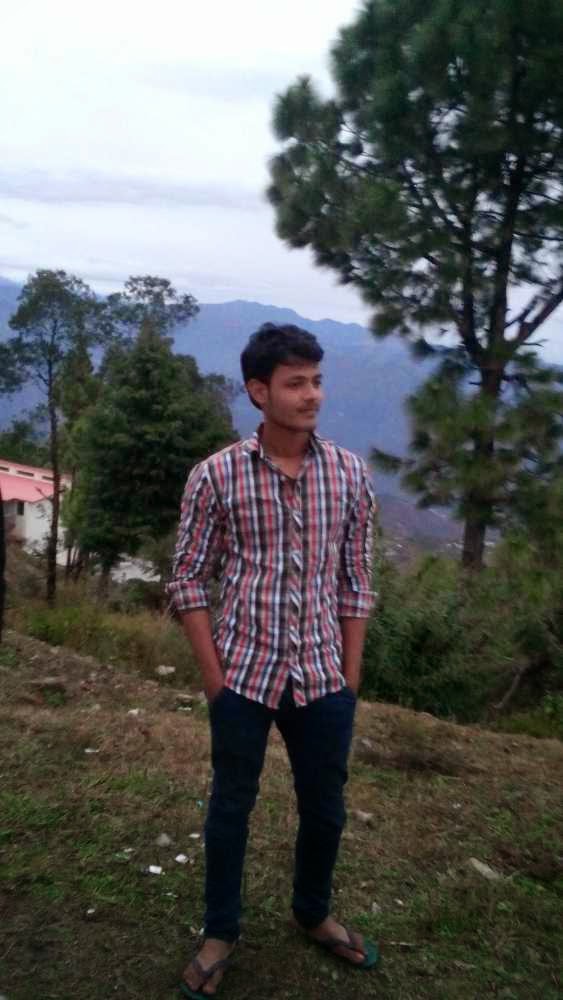 My name is Akshay and I am 20 years old.I was born on 26th December 1994 in Lucknow .
I have 2 siblings-a younger brother and an elder sister. I live in kashipur, uttrakhand.
.
PARENTS AND SIBLINGS
My father’s name is Mr. P Kumar and he is 60  years old.
My father is a medicine supplier and has a medicine shop at kashipur.
My mother is a house wife.
I have two siblings a younger brother and an elder sister.
My sister is doing bsc from dsb campus nainital and is
really hardworking and inspiring. And my brother is in 7th standard .
My mother has been suffering from schizophrenia -a psychological disorder – due
to which she is unable to contribute much to her household life. My
father had started as a successful businessman but things turned around
and  he had to deal with many misfortunes and had had a hard time in life
financially. Still, my father never gave up and in spite of so much
troubles, he brought us up well. I am more than grateful to God for a
father like him . My father worked really hard to ensure good education for me and my sister and my younger brother.
It is from him that I have learned to never give up – come what may, in life .
.
EDUCATION
My primary school life began when I was 5years old in Kanpur where I
studied KG. At age 6, I came to Lucknow and got admission into city
Montessori school, station road branch. I studied for 9 years in cms where I
switched in 4 branches of school and many locations because of my
father’s unsettled business.
I came to Kanpur again to complete my high school at my grandparents
home. I passed with distinction – 88%marks . Again I had to move with my
parents in kashipur uttrakhand in year 2011 . I got admission in CCA
school kashipur .
I studied 2 years there and passed with 68% marks. I took a year drop to
get admission in a government college to earn respect  and pride for my
family.
I cleared jee in 2014 and admission in btech production engineering, GB
pant engineering college,pauri gharwal,uttrakhand. I am currently in 1st
year of btech .

STAMMERING
I started stammering when I was 6 years old and I consider change in
environment and ups and downs in my family life as major contributors to
it. I always felt inferior among others. There was no emotional help
from any one. I was teased at school and many said that I did stammering
for sympathy. Some made fun of me, some laughed at me – this shattered my
inner strength .
I felt broken and helpless.
Initially my family too also laughed at my speaking but later they tried
to understand me and thought that stammering would automatically be
cured with growing up, so they never talked about it directly to me.
Since I focused more on studies I too didn’t pay much attention to it but
now on reaching college I started to research on stammering and trying
each day to control it.
I attended 1 month at Kanpur shg in December previous year.
I have many dreams . I want to be an inspirational speaker and want to
inspire people. I want to help other stammerers and physically
handicapped people so that the golden and fun time (childhood)  I lost
in insults and criticism , I could relive in happiness of other
individuals as me.
I have dreams and I am ready to work hard to accomplish them and I won’t give up.

Editor: Akshay -wonderful! You have already inspired others by sharing your story with such candour and courage. Your father deserves a big applause, for this too, we are sure. Many young readers of this blog, will realize that they are not alone; that their life is not in vain. That together, we can create a better world and life for ourselves. You are cordially welcome to the Comm WS..