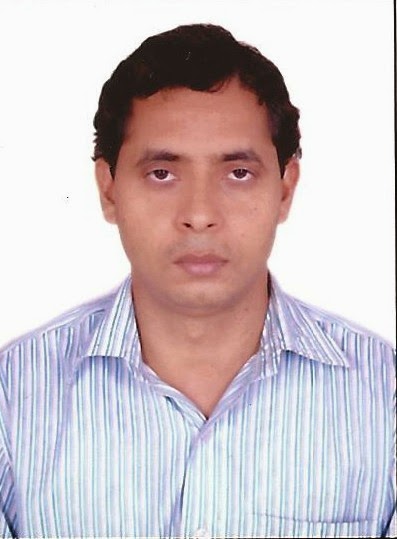 I
am Shiv, 43 year old, working in NHPC (a central Govt.
PSU) as a Deputy Manager (Civil). I did B.E (Civil) and M.Tech
(Civil) from reputed MNR Engineering College Allahabad (now known as
MNIT).
As
far as, I had remembered, my stammering started at the age of 10-11
year old. However, in childhood at the age of 7 years, I had suffered
from severe jaundice and my mother told me that my stammering was
caused due to jaundice. I had passed 12th standard at the
age of 17th year. After that I did B.Sc and after that I
got admission in B.E at the age of 22year. At the time of admission
in B.E, my stammering was in peak and was pretending not to get
admission there. That time, I was such a stammerer that I could not utter
two words properly. However, I took admission in Engineering college
and faced so many problem as described by other PWS as such as in
attendance, introduction, hide stammering, quite in lecturer etc.
In
1995, I had taken speech therapy from Amer (jaipur). During the
therapy and post therapy, I got confidence to speak without
stammering in a slow pace. But after some time i,e. 3-4 years, it
return back to its original position. Again in 2003 I had taken
speech therapy from the same therapy centre and this time I had
decided to complete eradicate the stammering. In therapy centre, a
slow speech has been taught to speak throughout the day without
stammering. So I decided to speak for a long time in such a way and
for about 7-8 months I had spoke in that manner and got recovered
entirely. But during that time I could not speak difficult world and
also had a psychology of stammering in mind. However, during
2003-2010, I had visited many times to speech center Amer (Jaipur)
for 2-4 days. But now these days, I have also stammering.
The
most problem related to speech with me is that my speed is very fast
which caused stammering. I still have stammering psychology. The
words in which I struck are प
& म.
However, in 2003 during the rigorous practice, I had able to speak
these words correctly without stammering.
Ed: Thank you, Shiv. You are right: without changing stammering mindset, no technique is going to help us in the long run.Most of us keep on hiding or denying the problem. But when we talk or write about it openly, as you have done here, we have taken the first BIG step towards changing our psychology for EVER. Congrats! We look forward to meeting you!
Share this
0 likes
Related Articles
2 Comments