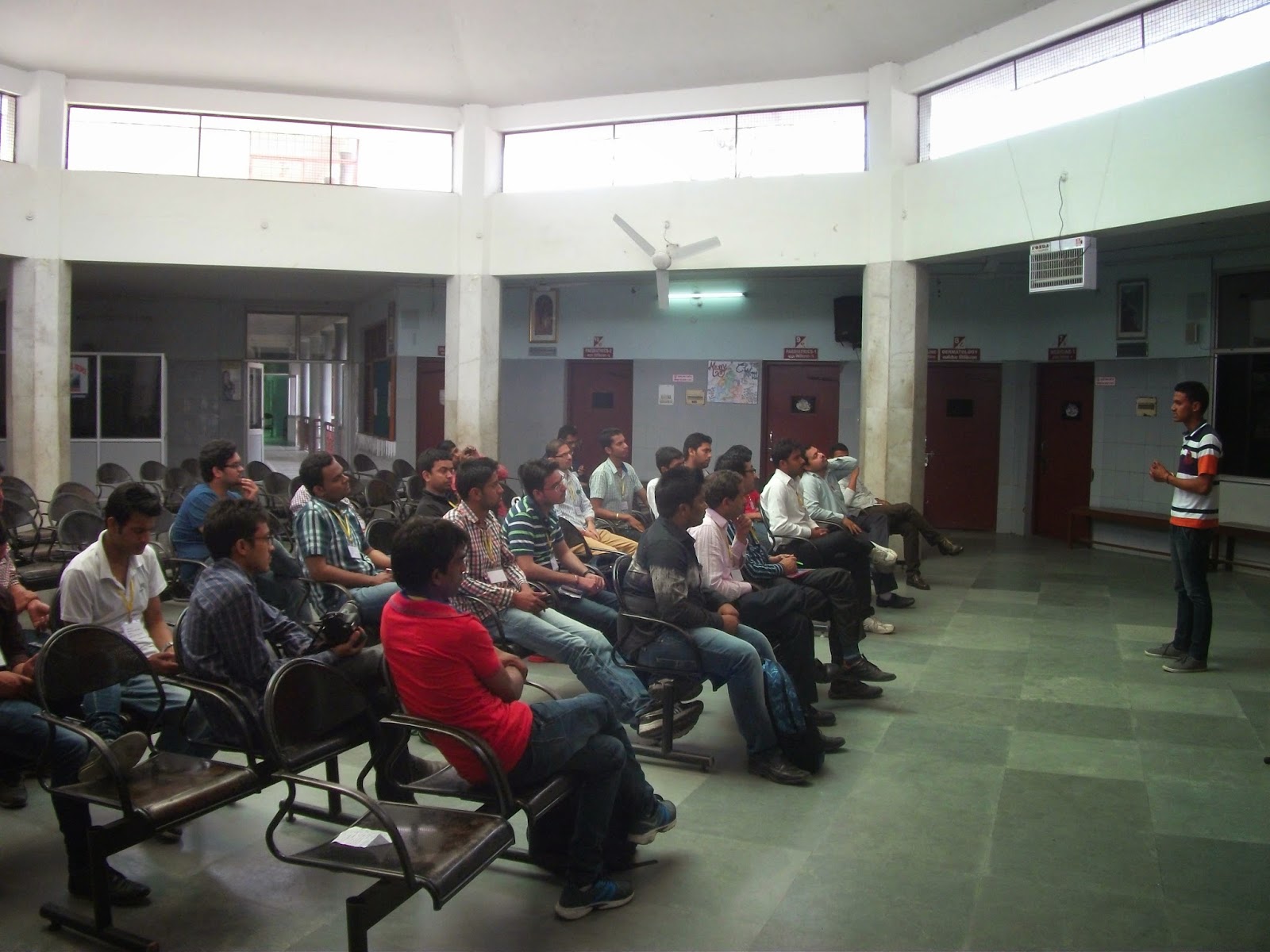 Here is a brief report of the recently concluded Communication workshop, beginning with day 3.
Day 3 We began about 9.45 am in the OPD. Everyone put down some basic thoughts about a chosen topic- and made a formal presentation, referring to the hand notes. In this formal presentation, participants tried to implement all the communication tools they had learned earlier- sometime with help from audience and facilitators. Next round was about sharing an embarrassing moment from childhood- and having a GOOD LAUGH about it! Everyone did extremely well. The idea was to start looking at our lives and its content, through new eyes, objectivity and some humor. Next activity was: everyone had to deeply think and share two things they would like to do after the workshop- related to communication or NOT. This helped the participants to review, what they had learnt and what exactly was their needs; This also helped them to think in concrete terms about the two possible changes or interventions they needed to introduce in their lives.
Next, we divided in two groups and prepared for two role plays. One was a group discussion on “Arranged marriage Vs Love marriage”- very popular topic with young participants! Second was “Roll Call in a class room”. Lot of imagination and creativity emerged in these role plays. Everyone had lot of fun, chance to speak ex-tempore and generally have fun. Then, we thanked everyone, especially seniors like Sanjib and Shiv- and the organiser of this Comm WS – Hemant. Our sincere thanks to Sr Helen and Anugrah too.
After lunch, we dispersed. The group has decided to remain in touch by – having a Facebook page and a whatsapp group. They intend to practice new skills on phone/ skype with each other. Participants from different region will try to hold some event in their area, to carry on this process of change. Dehradun group will start a SHG group soon, God willing. If Speech is a river, Life too is a river- and can not be bound up in just three days! It will keep flowing, no matter what.
Best wishes and a safe journey, everyone!

Hemant has donated Rs 2300, the balance from the registration, to Anugrah, a center for children with special abilities and needs- with participants full concurrence (below). The morning session was facilitated by Sr Helen Morgan, a mental health nurse from Newzealand; She is offering her training skills at Anugrah as a volunteer. She began by asking participants to recall their counselings experinces and develop a list of helpful and unhelpful behaviours, tools and statements used by their therapists in the past. Then, they were given a role play of a good session. Participants were divided in groups of three: one participant (the counsellor) was given a private brief and then they had to role play a counselling session. Finally, participants understood, what behaviours and tools they need to practice, in order to become a good counsellor; how it can help their relationships all round.

Participants were able to identify some very key skills: Listening attentively and with empathy; resisting temptation to offer (and sometime force) a generic formula as a solution on the other person; making judgements etc. They understood that the best solutions come from the counsellee him/herself. As counselor they just have to help by listening. Listening helps the other person understand himself. There were lot of role plays in small groups, to help participants practice these skills. Participants enjoyed them and learned how they were supposed to respond when another pws, a younger sibling or a colleague approached them with a problem.

Just before lunch, the group thanked Helen and wished that her country may win the world cup! After lunch, we gathered in the OPD. Every participant gave a quick feedback about the workshop, so far. Then, a session on secondary behaviours and how to deal with them. Quick presentations followed. Some slides, discussing some basic issues (cure Vs Management; Fluency vs Communication; Self-help Vs Therapy etc.). Then, everyone shared a personal moment of courage. Because courage is the one ingredient, which will ensure that participants will actually try some of these behaviours in the outside real world. As a way of carrying on these changes, some participants planned to start a SHG in Dehradun, some toyed with the idea of having a one day get-together in Himachal Pradesh etc. Many strangers had developed a chemistry and friendship over just two days, going beyond stammering; mini-discussions on the side lines were going on full steam. We dispersed at 6 pm.


About 23 participants gathered. Most had arrived on the evening before. We began about 9.30 am. First activity was Rapid intro round with help of DHA students. Participants were asked to recall names and other details – highighting the important role of listening carefully and recalling later; and also associating sound (name) with a visual (face) etc.
Then, DHA students left and we quickly covered registration, expectations, ground rules etc. Eye contact, smile, Breathing and bouncing were covered and these skills were utilized by the participants  in the subsequent activity in the nearby OPD: Stammering interviews with strangers.
Back in the Anugrah Class room, everyone briefly shared what they had learned and experienced during these challenging interviews. Most participants rose to the occasion and discovered that if they make up their mind, they can discuss even the most “embarrassing” topic with strangers. This gives a kind of freedom, which most participants experienced and enjoyed. Some also talked about another aspect: If we do not educate others about stammering, who else will? And how will our social reality change if no one ever did so?

Early in the morning we had discussed and finished with some basic concepts including- Stammering can be managed: there is no cure now, since no clear-cut cause (unlike TB, Malaria etc.) has been defined – and whatever is known (genetic & neurobiological differences) is not amenable to drugs or surgery, at this point. That, stammering could be seen and dealt with, as a diversity, under a social model, a lot better than under a medical model as a disease or disorder.

After lunch at a nearby shop, we were back in the OPD hall by 2.30 pm. This time, participants went to the front one by one and overcame their fear by introducing themselves and talking about stammering. Some courageous ones went as far as to share a “stammering joke”! Then, back in class room, we reviewed morning techniques and further added Prolongation, voluntary stammering- and Pull Outs. Then, mini-presentations on topics of participants choice. You can easily guess who spoke about History of LIC!

Some more practice out on the terrace, as the sun set over the Shivaliks- and a parrot watched us with some curiosity. Vijay as usual was a big help- he served us tea right on time, in the class room. Hemant distributed DVD and AHJ to every participant – and constantly dealt with logistics and other issues, efficiently. The group returned to their hotel in Vikasnagar, with plans to carry on in the night many threads of interesting discussions, which had begun among strangers today.