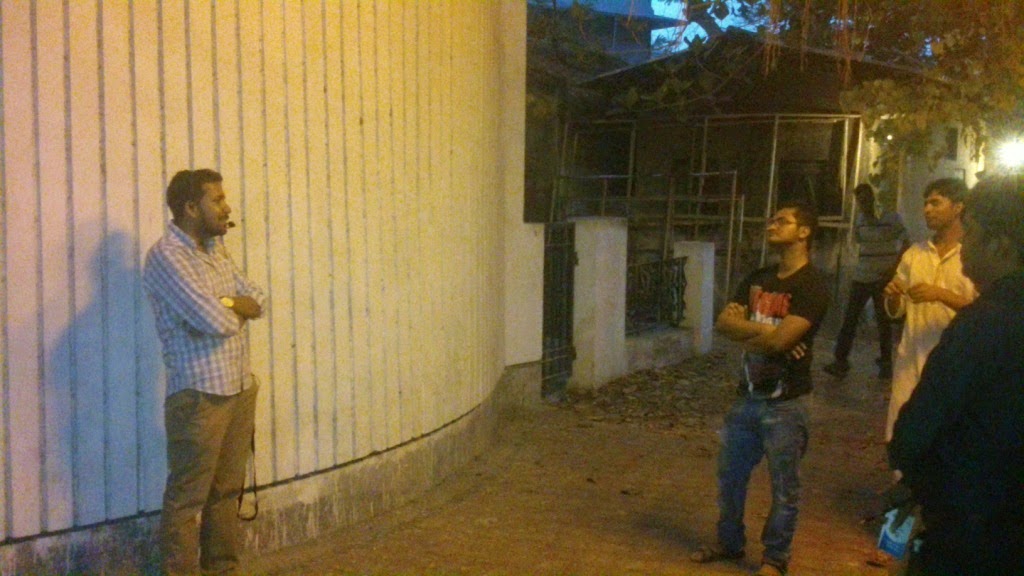 Writing about a meet after quite some time. (A discontinuity worth
taking I guess).
Kolkata SHG meets have taken a consistent shape under the
constant endeavours of a young gun named Amrit. Meets are now being held
regularly on Sundays, and have health attendances ranging from 5-10 people.
Amrit & Co have even bought a microphone to aid in
Public Speaking. Next in the lineup in to locate a room to enable more vibrant
practices, under similar lines of Mumbai SHG.
Last Sunday, 29th March, a similar SHG meet was
held. I attended the same after a gap of more than 2 months, and was pleasantly
surprised at how much it had matured. Sincerely hope this growth carries on.
There were a total of 8 attendees. The activity done was
individual public speaking using the microphone at a serene corner of Nandan.
(More than once passerby’s gave curious glances trying to fathom what was going
on….).
Special mention and thanks to Mr Shyman Sunder  Singh (motivational speaker and coach), who
gave a scintillating talk at the end.
Attendees –  Amrit,
Shyam Sunderji, Mr Santanu, Shashikant, Samnan, Samrat, Anirrudh and Kushal.