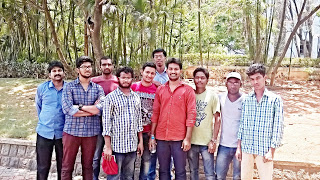 Hello all
Its a cloudy day and climate was somewhat cool. More than 10 people had attended the meeting which was held at Jalagam Vengal Rao park,Punjagutta,Hyderabad.
Unfortunately I was little late for the meeting. I reached at 10 am    to the park,as I joined some introduction activity was going on. And also I saw three more new faces in the meeting, Ashwin(Doing his B.com 2nd year),Chennarao(Working for a pharmacy company),Sumit(Working in Army) along with them Dillip,Asif,Sandeep,Nithesh,Narendra,Chinni naik,Shivareddy and myself were there in the meeting. During the introduction round along with their introduction people shared their views regarding stammering and their improvement after joining TISA. After introduction round Chennarao who’s elder most of all of us who were in the meeting, has shared his experiences through out his life till now,he also added how challenginly he took his stammering and went for BED exams and became a lecturer !.It was very inspiring and valuable information.It was followed by a brief introduction about TISA by me for the sake of new members it was around 11:40 when its done. We observed that temperature getting high gradually, So we decided to end up the meeting soon so that we could reach our homes a bit early. So we went with JAM round, where every  one have to speak on a for a minute by using any techniques like bouncing,prolongation,tabing after speaking oneword,slow speaking.New people struggled a bit for doing so,rest of them done well in that round.After completing the jam activity we had a group pic and wished each other…