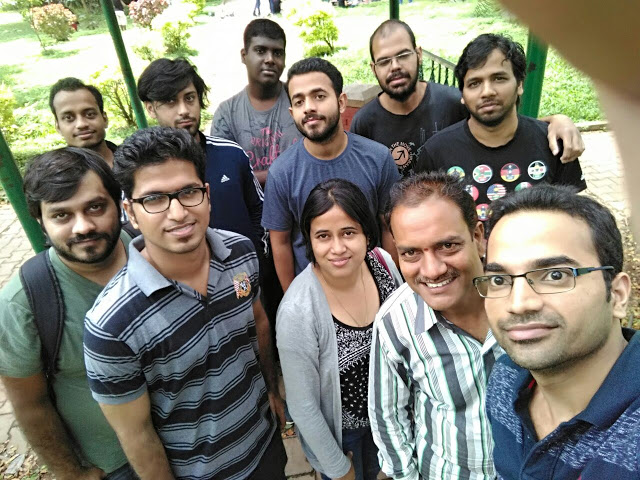 “Life is all
about choices.”

Yes exactly! We don’t
have control on actions but our reaction ,which is guided by our choices,
shapes our life. That was a sunday chilling morning and weather was at its best
form in Bengaluru. I had given with two choices, either to move on for SHG or
to stay at home and enjoy the weather in bed. As expected  I choose earlier one.

I reached little
later but the small hut was already filled with our SHG members. The one thing
i noticed in Bengaluru SHG meetings is that we are very punctual. At the time I
got into small hut in Cubbon Park, the introduction round was going to over .
This time we had three new members Sourav,Sachin and Piyush. After introduction
round we were upto extempore round, in which all the members have to give their
speech in 3 mins.

Next was a GD
round. This time we conducted two GD rounds with following topics “Belief
in GOD leads to superstition” and
“Brain Drain in INDIA”. All had participated with their best
shots. I was indulge in first topic in such a way that i forgot that i am a PWS
and feel the positiveness by being a good listner.

Next was Stranger
talk. We divided ourselves in groups with two people in each group and spread
across cubbon park for 20 minutes. It was a nice activity since you have to
face your fear beyond your comfort zone. As people say “Face the fear and
it will go away”. From the experienced of that activity i can summarize
that most of the people were very curious to know about stammering, its causes
and about TISA. So we briefed them the same.

It is hard to live
in fear. But i am not fearing anyway. Though it was my sixth meeting ,but i
learnt to face people and talking to them without any fear. I can see the
improvement and continue with same.