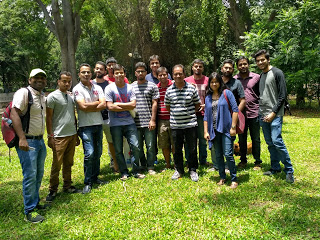 JOnali, Akash , Rahul gave speeches.Its was 10th Speech of Jonali . It was a great speech about Meditation and Self help. Rahul’s Speech was an Ice-breaker. Akash made our day by telling us a story ‘Holes in the Fence’ which gave us a lesson that our harsh words hurt others deeply

This is a new activity which we have introduced. In which PWS talk about what their idea of an Ideal week is . Suprisingly all of us had one common wish : To wake up on early on time.

Most of us wish that we could complete our targets well within planned time . Some of us wished to read the book which is incomplete and go to Gym everday. The laidback ones thought that partying with friends and going for an outing in weekend will be a great idea.

Turn-Coat Tussle
——————
Now this was challenging. In this activity we had to debate with ourselfs. We were given some topic and we had to speak FOR the motion in first 1 minute and then Against the Motion in the next 1 Min.
Some mugshots of how it went is below:

Pramod gave valid points on a Topic in which he is well-versead: Girls. Mohit had to undergo some torture when he was given the Topic: Sonia Gandhi. Naman made sense when he spoke about : Kashmiri Pandits.
Jonali showed her Skills when she spoke about: State Vs Open Economy. Anupam seemed little unsure but some how pulled it off when his topics was: Is war neccesary for peace.