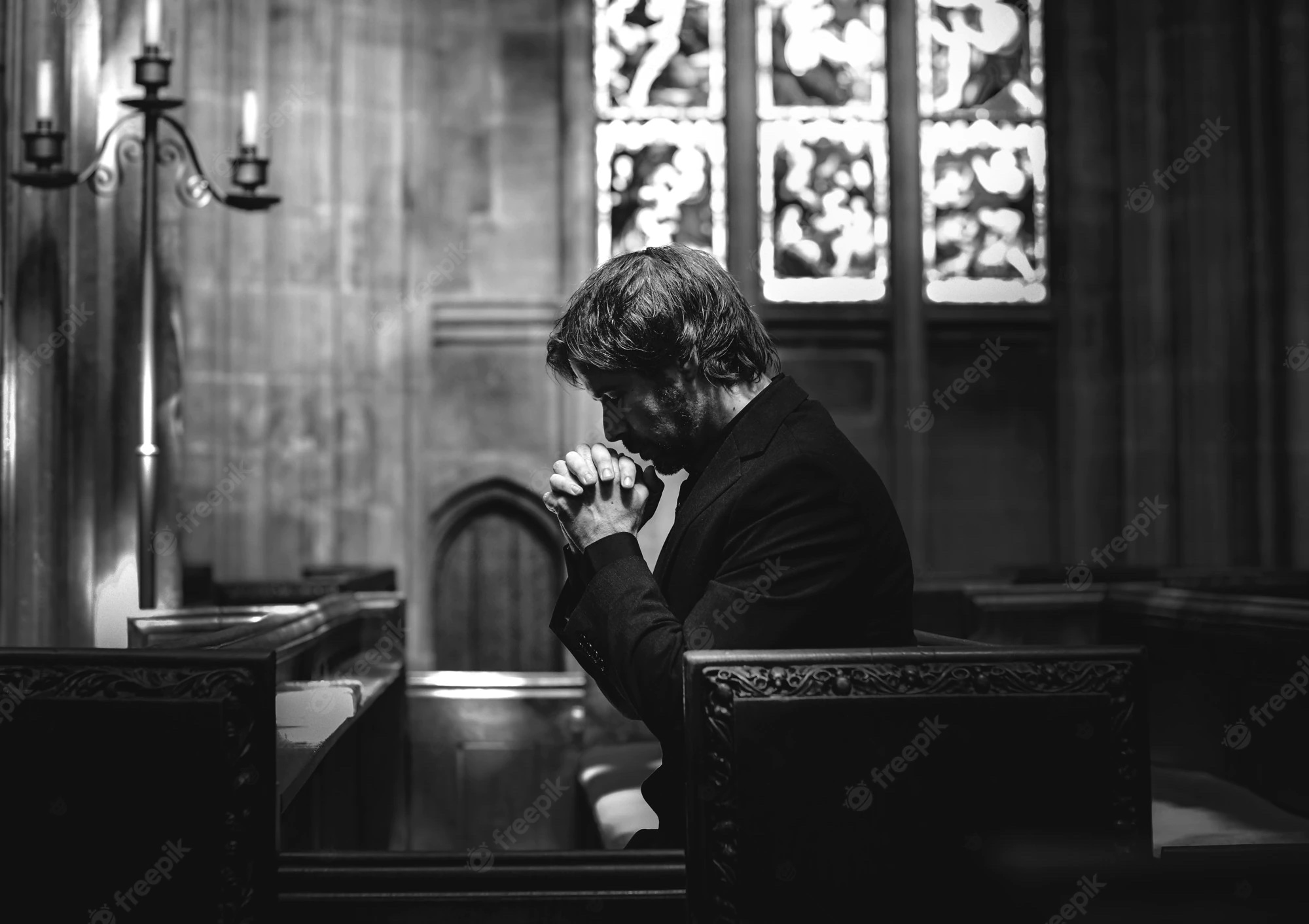 The old man was again in the church today at his regular time. He quietly comes in and sits in one of the pews at the back. This is not the usual time to visit though. One day, I asked him:

Why don’t you attend the morning service? The afternoon is the time when everyone takes a rest.

He mumbled: I just want to be alone. I want no service.

I am the janitor here. No big issue. I can manage my work by carefully mopping around him.

Another day, I saw him dozing off in his favorite seat. I decided to ask him again the same question- why he comes every day, in the afternoon?

This time he added a few more words to his careful reply:

I have seen enough of services and service providers: buyers, sellers, advertisers, improvers, teachers, coaches, and liberators. I want to be quiet now.

His clothes were old and frayed. He had dirt behind his ears. His fingers were grubby.

One day I reported the matter to Father John. He has dealt with enough bums in his long life. He said with some boredom: Leave him alone. Then, he added as an afterthought: – as long as he keeps away from our brassware…

Yet another day, he waived to me on his own and said: Solitude is the Saviour, the rest, and the home…

He almost sang. Then, he was quiet for a long time. I thought he will add something more- but he did not. I went back to my work, a little disappointed.

Martha, the neighborhood gossip, told me one day: We have forgotten his real name. But people do remember his wife and the child – a little girl; The couple used to teach at the local school. One day the girl fell sick and died. Grief-stricken, they separated soon. He has been living rough ever since.

I thought- this is a strange world: when people should hug each other tight in their anguish, they divorce and walk away! What are they seeking, that can not be sought in each other’s company? Anyway, I was told that he sleeps in the public library. Nobody minds him. He is like the big totem pole in front of the city hall: iconic, harmless – and also useless.

One day, my mop touched his feet and I apologized: Sorry!

He opened his drooping eyelids and said sharply: Why?

-I thought you were praying.

-Prayer is for those who want something. I have nothing to ask.

-Then, why do you come to church every day?

-Just to avoid the company of buyers and sellers, teachers and disciples, miracle workers and miracle seekers. I could go to cemetery instead – but I don’t – I don’t want to disturb their solitude. My brothers and sisters in repose.

One day I asked him, what is this solitude after all? He kept silent for a long time as if judging my fitness to receive his answer. Finally, he mumbled:

It is like listening to a faint sound in the dead of the night …or … trying to see a tiny star on a dark monsoon night. It is like entering a dark room with outstretched hands -and discovering yourself..

Christmas came and I did not see him amid the lights, the beautiful singing, and the happy children running in and out of the aisles. Easter too passed. I had forgotten about him- and then, I saw him again one afternoon- sitting quietly at the same pew in the quiet church. The slanting rays of the sun, coming in from the high rose window in the west wall, had lit up his head and shoulders. He did not seem to mind. I gently touched him on the shoulder. His head slumped forward.

Later, I realized that it was forty days since Easter: Ascension day.