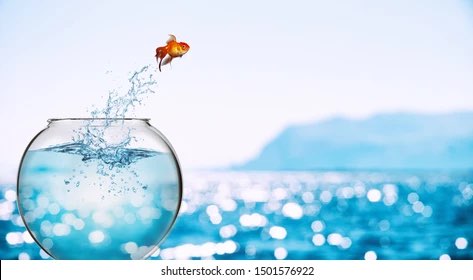 A young pws, Vinay, came to visit me from eastern UP in 2014. I took him to some nearby shops for voluntary stammering. Then, we came home and had a cup of tea in the back lawn. He was still trembly! It was such a big shock for him. I brought out an old medal – just gold polish, nothing expensive- and put it round his neck with a big smile: This is in recognition of what you did today! It was pure courage!

Vinay politely declined but I insisted. And then on being inquired, I told him the story about this medal.

When I was 43 or so, I joined a local dojo and began to learn Gojuryu Karate, under a very able trainer- Mr B S Rai. He was ten years younger than me but very wise. He kept pushing me to fight better students in the dojo. I kept striving to do better despite my age. Once he suggested: why don’t you go for championships? I said, how does one fight with glasses on? I had minus five power in both eyes. He casually responded: Don’t worry, I will tell you.

Five years passed and I received my black belt. Then one day he said: Come to Nahan for the regional inter-style competition. I decided to trust his judgement. Even with glasses off, I could see enough and finally, martial arts was all about spatial awareness of your own body parts and those of your opponent – like seeing without eyes.

Till third round, our points were equal. The opponent was a young Himachali, a few inches taller. I was exhausted and asking myself deprecatingly: what are you trying to prove at 48? What is this madness?

Another thought surfaced, like a bubble rising from the bottom of a still pond: What fight can you put up, with just one hand? The fact was – I was being very defensive with one of my arms always guarding my face and upper body. Suddenly, as the bell rang for the last round, I stepped into a bright space of fearlessness. I punched with both hands, ignoring my fears…

Next, I felt that someone had lifted me up in a huge embrace. I had won the match point! It was Mr B S Rai who had entered the ring and lifted me up in his arms and went around shouting happily.

I realised that this championship- and the medal- was not a big deal but the lesson (it was like a Bardo moment) stayed with me for the rest of my life.

And the lesson is simple: Be Fearless. This is the only way to LIVE. Everything else is a compromise and unworthy of the glorious Self that we are. Losing and winning is nothing. Being fearless and courageous is everything.

Since then, I have tried that mindset on quite a few occasions – on the work front, in personal life, relationships, trekking – and been rewarded with unexpected joys and insights.

If anyone cares to listen and follow: Please try this maha-technique: be fearless.

Have you ever seen a Person Who Stammers (PWS), from outside you might feel weird about them, but for PWS, the feeling is equal to...

4 thoughts on “It happened to me!”