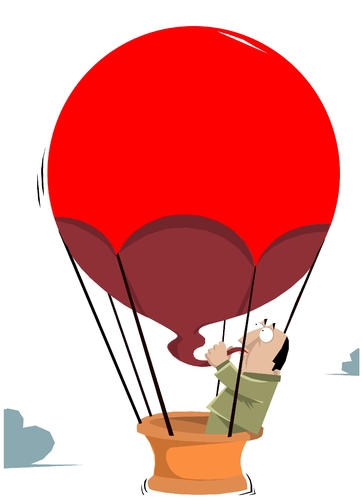 When I was a child, my biggest ambition was to “lecture” in a hall, full of people! With gathering years, I discovered that I was free to dream of bigger things than that. But at the age of four, it was a challenge to control my face and put two words together! Then, there were gentle reminders from others that something was not right. As a child, I overheard my sister share her fears to my mother oneday: Mummy, just see! What is the matter with him?

She was deeply troubled by my blocks and by my face, which would crack up in a million shards during a block, like a china bowl smashed on a stone. My mother also had no answers. My father, an army man, transferred every three years all over the country, also had no clue. My teachers were no better. When you have no name for a behaviour, what can you do, except guess and worry?

Words were difficult but they also fascinated me. Dictionary was a big help. Synonyms offered magical help. Soon, I was reading and writing better than the average kids in my class. Since holding a conversation with other kids, without stammering was tough, I was more into books and walking alone in nature. God bless Mr Mazumdar, our English teacher, who introduced us to the fantasy world of English literature – Enid Blighton, Dickens and others. I was studying in a residential school in Nainital. Surroundings were beautiful. Walking alone on a winding trail, shaded by trees, became a lifelong pattern.

I trained as a doctor and began to work in hospitals. I did not have to speak much. Listening to the patient and poking his belly occasionally, was enough to work out a diagnosis and treatment plan quickly. So stammering was never a problem but the fact that I was running away from my stammering at a deeper plain, made me restless and unsettled, wherever I worked.

Finally, I joined a social work organization and started a new career as an educator. I was conducting training and workshops for health workers and the rural community. Communicating technical concepts like how contraceptives work made me soon realise that fluency was of little use if the villagers failed to understand the message and converting science into common sense required more than knowledge. But I kept working on my communication skills and tools and soon, I had become quite good in getting across the meaning in different contexts.

One day, since the nurse had not come, I decided to conduct a session on Reproductive health for a group of rural birth attendants. With all sincerity, I began to show them a flip chart, discussing the human reproductive system, ovulation, conception, infertility etc. An old woman sitting at the back, shook her head vigorously and said something to the woman sitting next to her. A staff member sitting at the back, later confided that she was highly shocked and was commenting: Look at this doctor! How shameful!

A little later, when I explained how careless internal examination leads to secondary infertility, where the woman may not have her second/ third child ever, the same Dai was nodding her head in approval! I was told that she commented: Yes, that is exactly how it happened to some women in my village. They had one baby and after that they just could not conceive no matter how hard the couple tried. I never understood it then. What a wonderful thing this doctor has told us today!

I realised, through this incident, that if I could convey a deep thought, a mystery, a profound truth, my audience would happily forgive everything else. In other words, communication which fulfills a need is better than the fluency that dazzles the audience. I also realised that Communication as a skill could be learned by anyone; Not just that, it HAD to be learned by everyone since it is at the heart of every human endeavour – relationships, work, creativity and pastime.

As a social worker, I also began to see that stammering needs to be seen in a new light. I turned to the west: Van Riper, Sheehan, Peter Reitzes and many more. I discovered that unlike Indian therapists, these western teachers were recommending a brave direct approach: confront the stammering moment (not run away in abject fear) and transform it. They were also discussing the predominantly psychological and social nature of stammering: Stuttering is a disorder of the social presentation of the self. (1)

In 2006 onwards, these ideas began to take the shape of a self help association. My own attitude to stammering was undergoing a rapid change. I, as a coach, could not ask a young man to stammer on purpose in a shop, till I was able to do it myself, ten times over! Soon, I discovered that stepping out of the stammering mindset was not difficult at all. It required no costly equipment, no drugs, no chemotherapy, no CT scan! All it required was a little courage and a supportive group. So, now my ambition is not to give a lecture to a large gathering! Instead, it is to work out a mechanism which conveys these ideas to all the people who stammer and who are looking for solutions anywhere!

As a young man, I thought no girl would ever look twice at me! It was not just stammering! I wore thick glasses for my myopia, had a chipped front tooth and the body shape of a beanpole (tall and gangly) with extremely limited social skills! I eventually found love and happiness with my partner, Marian. When she died in 2019, my ambitions took another turn. Now, at 62, I want to understand what lies beyond intimacy, love, happiness, security and creativity. What is the purpose of life after all? Is there a meaning? If yes, is it personal or impersonal?

I feel that I have lived a happy and fulfilling life, thanks to everyone I met, spoke to, learned from. I must thank my stammering too. Otherwise, I am afraid, I would have gone through life pretty unconsciously. My struggle with words made me take note of every little fall, every little victory, till it stopped mattering and my focus was latched on to a deeper pattern in our mundane lives.

This is my very ordinary life and ever-evolving ambition, and it is not over yet, at 62!

1 thought on “My Story, My Ambition”